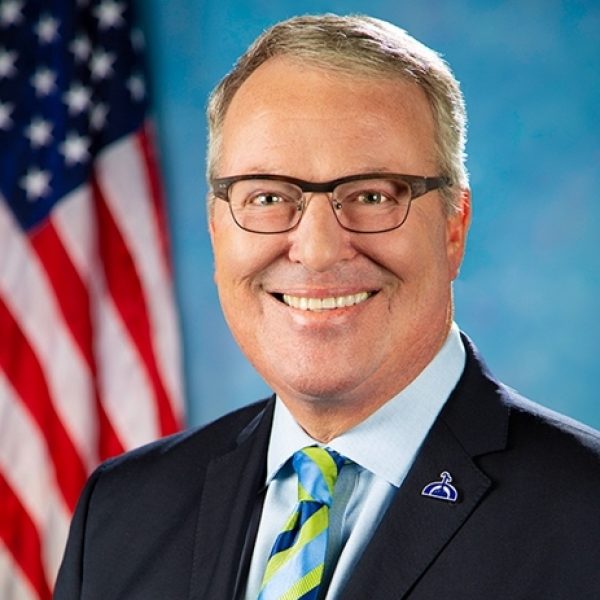 Having served as Mayor since 2003, Buddy Dyer has worked tirelessly to shape Orlando into a future-ready city where unity and partnership are the keys to opening the doors of opportunity for all residents.

Since his first day in office, Mayor Dyer has increased collaboration between Central Florida’s many governments, its business and civic communities and residents. The result of this cooperation is a string of remarkable accomplishments for Orlando in a very short period of time.

In 2019, Creative Village became a reality, taking a vacant 68-acre site in downtown Orlando and transforming it into an innovation district with UCF Downtown, Valencia College Downtown and the new headquarters for Electronic Arts that is helping residents, including those in the Parramore Kidz Zone and the City of Orlando’s other successful youth programs, connect to educational and career opportunities.

Mayor Dyer is leading the efforts to diversify Central Florida’s economy and create a new breed of high-wage careers for residents in cutting-edge industries such as life sciences and biotechnology, where a hub has been created at Medical City in Lake Nona. The medical care, research and education cluster includes Nemours Children’s Hospital, UCF Health Sciences Campus and the VA Medical Center. At the same time, the city’s Orlando Main Streets program is helping small businesses thrive, while offering residents unique goods, services and experiences.

Mayor Dyer’s commitment to public safety is reflected in the Orlando Fire Department’s status as one of the elite departments in the entire country. OFD has international accreditation and an Insurance Services Office rating of 1, making it one of the few departments in America to have both. At the same time, the Orlando Police Department’s community policing efforts are continuing to help officers build bonds with residents and business owners.

Recent accomplishments also include two new community venues – the Amway Center and the Dr. Phillips Center for the Performing Arts – and the renovation of Camping World Stadium. The venues, which have brought world-class entertainment and sporting events to the city, even more visitors to the region and enhanced the quality of life for residents, were part of Mayor Dyer’s engineering one of the most remarkable downtown resurgences of anywhere in the country.

Mayor Dyer is also leading the efforts for Orlando, and all of Central Florida, to address its challenges, including homelessness. He has helped lead the efforts among jurisdictions, service providers and community organizations to provide permanent supportive housing to chronically homeless individuals. More than 400 individuals have been placed in housing in recent years, with 96 percent remaining housed.

The City of Orlando also continues to address the need for safe, affordable housing for residents by making investments and creating partnerships to bring new and rehabilitated apartments and homes to the city. Recognizing the need for more transit options, Mayor Dyer is an advocate for the expansion of mobility options. Successes under his leadership include SunRail, Central Florida’s first commuter rail system that launched in 2014, and a 140-percent increase in bike-lane mileage since 2003. To ensure that Orlando continues to be a desirable place to live, work and play, Mayor Dyer has also made sustainability a top priority for the City of Orlando.

Mayor Dyer helped the community unite and heal following the June 2016 Pulse nightclub tragedy that took the lives of 49 people and injured more than 50, vowing that Orlando would not be defined by one hateful act, but instead by responding with love and compassion. The unity was on display in the hours after the tragedy when residents waited for hours to donate blood, and later at vigils and memorials and as millions of dollars were raised to support victims’ families and survivors through the OneOrlando Fund.

Throughout his tenure, Mayor Dyer has ensured that Orlando is a city that embraces diversity and promotes fairness. The City of Orlando has received a perfect score on the Human Rights Campaign’s Municipal Equality Index, which reports on LGBTQ+ inclusion in city government, for six-consecutive years. Through its Human Relations Office and Committee on Multicultural Affairs, the city works each day to promote equality for everyone in Orlando.

Prior to Mayor, he served for a decade in the Florida Senate. Mayor Dyer earned his undergraduate degree in Civil Engineering from Brown University and his Juris Doctorate degree from the University of Florida College of Law. Before he chose to serve in public office, Mayor Dyer worked as an environmental engineer. He was born in Orlando, raised in nearby Kissimmee and is the proud father of two sons, Trey and Drew, and a labradoodle, Sammie.